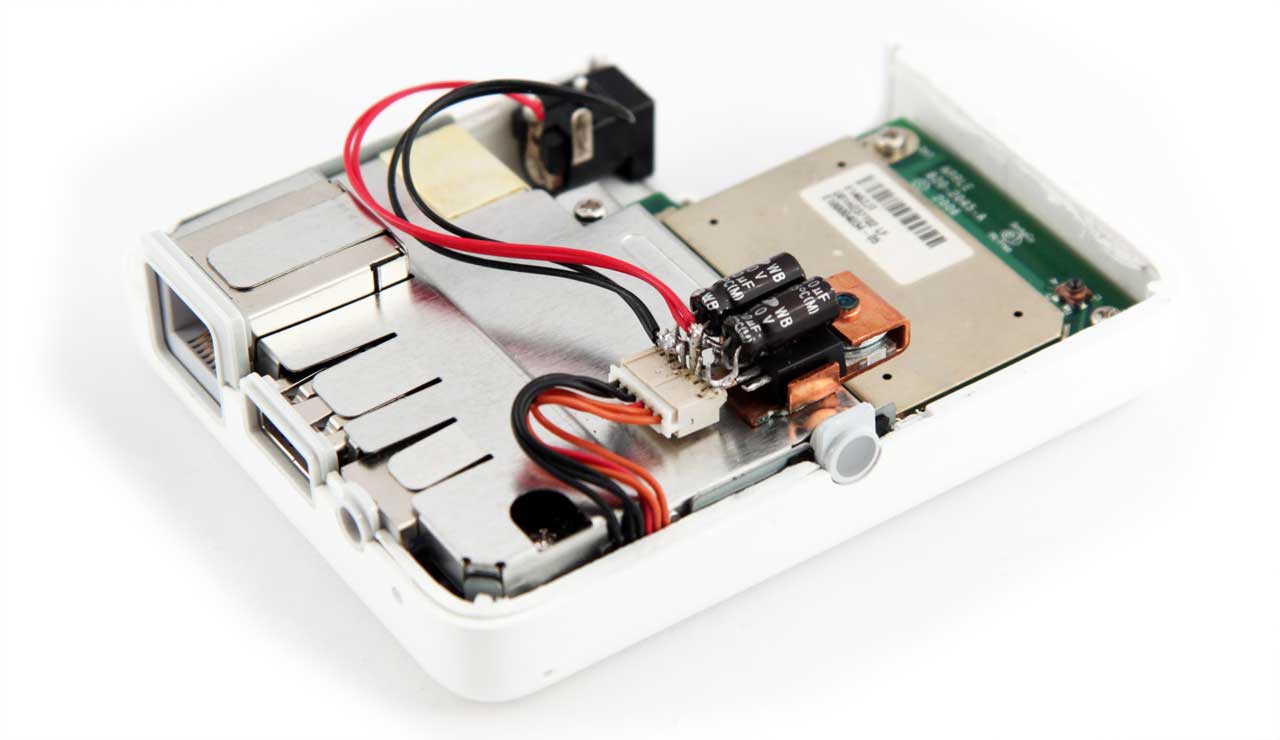 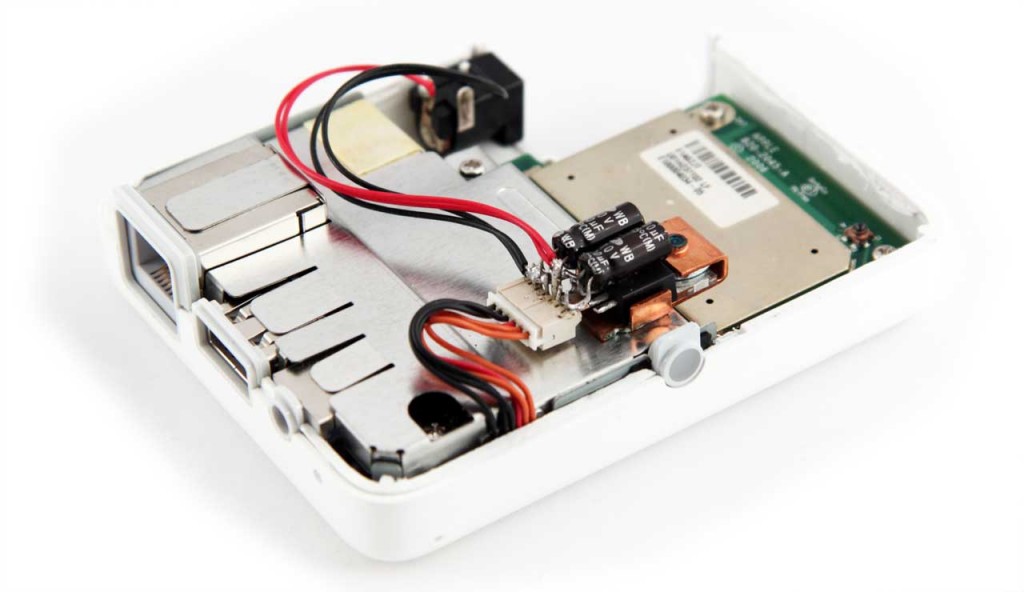 Fix an Apple AirPort Express Base Station that does not power up.

A friend of mine had an airport express that had stopped to work. He bought a new one and gave the broken one to me hoping that I could have any use for the parts. I was grateful, since it has WLAN, Ethernet, USB printer support and audio functionality.

The first thing I did was crack it open. This is actually harder than it sounds, Apple really didn’t want you to open this device since they have welded it together. I had to use a snap off knife and cut my way thru the plastics in the split line. If you use this approach, be gentle and make sure that you do not cut off the wires from the power supply (PSU) to the main board, they are located between the audio jack and the power led.
When the cover was opened I started to look for the error. I quickly found that the PSU only provided 5v, the 3,3v line was almost dead. However there were no visual hints of what was broken, and after a few minutes of measuring I decided to take a shortcut and simply replace the PSU. 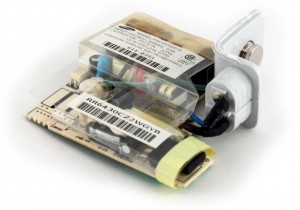 The existing supply was not dimensioned for any extra load on the 5v line, so I used a switched PSU that delivered 5v/2.5A. To get the 3.3v I used a MCP1827 3.3V LDO that can deliver 1.5A. I thought of using a switched regulator, but I figured a LDO to be a better option, easier design, no EMI that could interfere with the WLAN radio and I can live with the dissipated head. As a heat sink I reused one that was used for the 5v regulator in the original PSU. 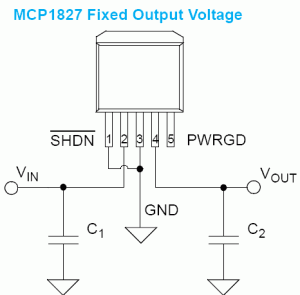 I added two capacitors and soldered the power down signal to gnd. The LDO was soldered directly to the connector from the original PSU and the heat sink was glued to a shielding plate for the main board (away from the WLAN trace antenna). I removed the 220v connector, glued 5 DC jack in the same position and connected it to the 5v line and the LDO. When I attached the switched 5v regulator to the new connector, the airport booted as it should. After gluing it together and restoring the factory settings, I thought about what I should do with it. It is actually a quite nice piece of hardware and there are a lot more hacker friendly options if I should use it for something else. Today it simply streams audio over WLAN to a pair of pc speakers in my kitchen. 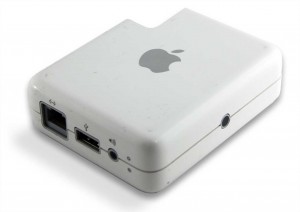 Don’t work on live PSU unless you know what you are doing. Make sure you have disconnected the mains and make sure that all caps are discharged before touching any part of the device. And don’t cut yourself with the break off knife trying to cut the welded device open. I don’t take any responsibility for damages or injuries.

Developing 3DPCB – 3D Printed Circuit Board with lots of potential.
Using a Sony Ericsson dock as an USB2Serial adapter
Milling a PCB