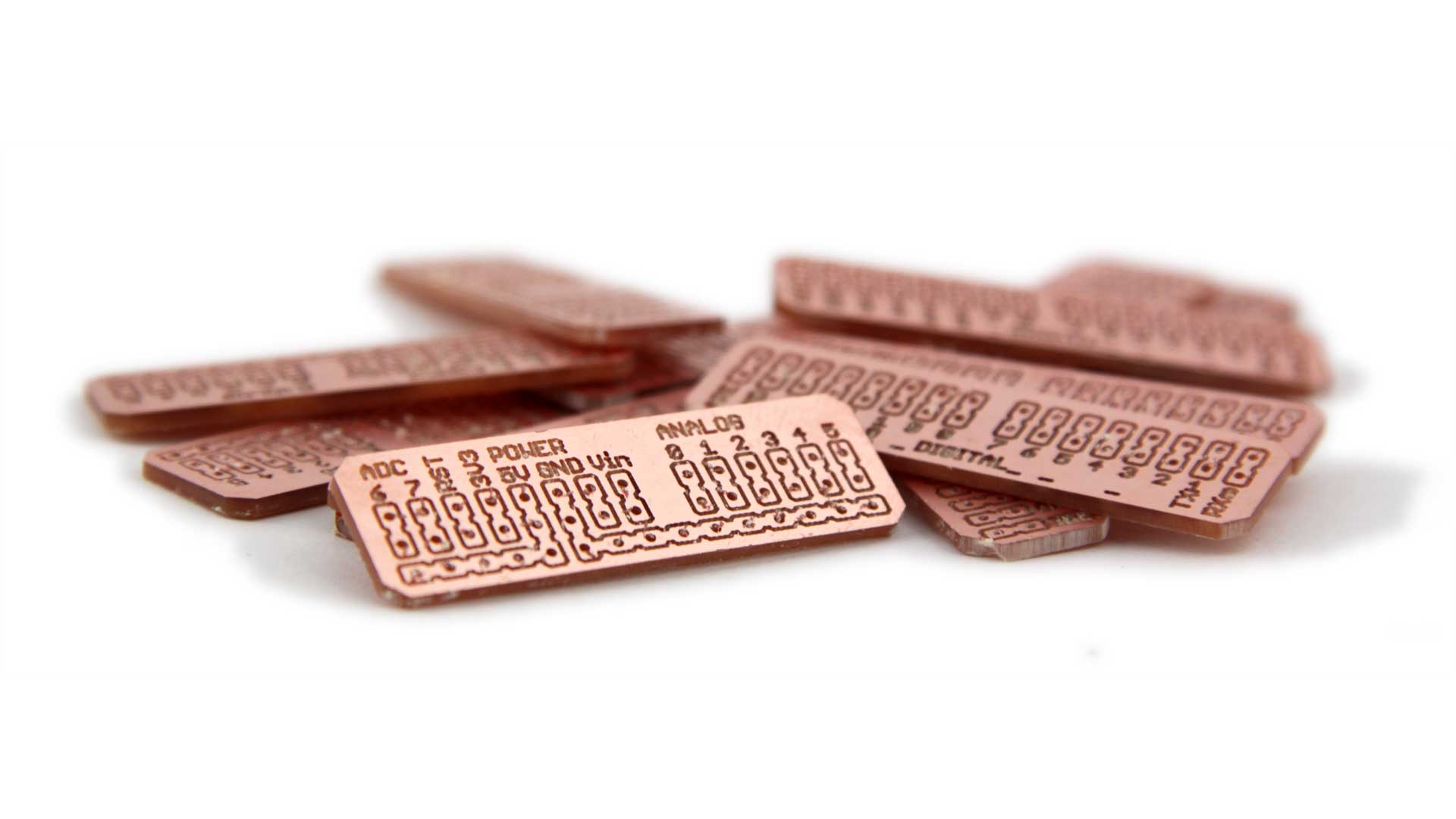 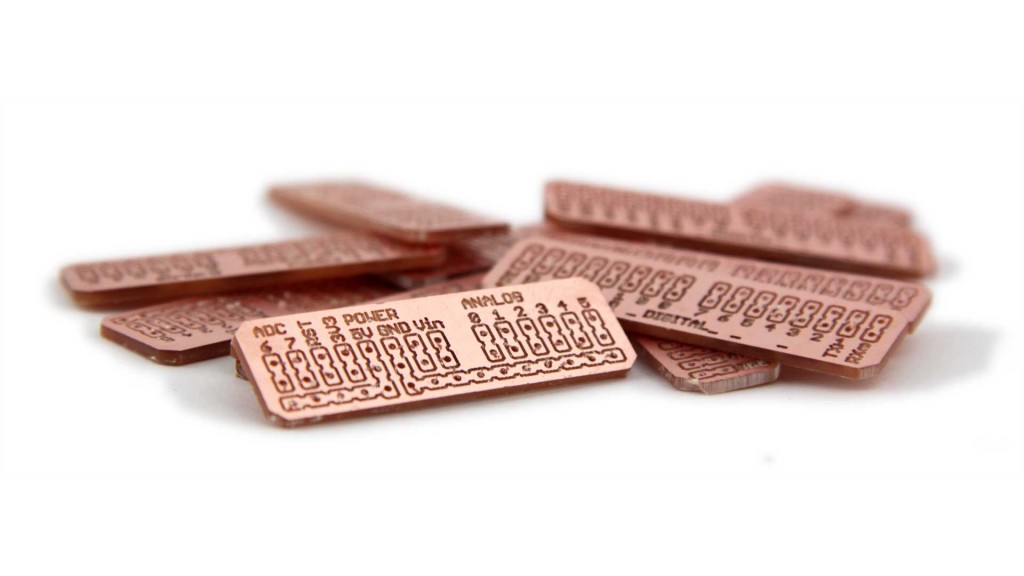 For my first Arduino projects I just used pin headers and soldered wires and components directly. This works ok for early development, but gets messy quite fast. It is also difficult to switch and store different projects using nothing but pin headers since they are fragile and it is not always obvious where each pin header goes. One option is to use a complete development shield, but they are often overkill for smaller hacks.

Less than an hour was spent on making the 2D lines in Rhino. Then a few minutes to set up the mill to produce 10 boards, engraved, drilled, cut and ready to use! Read more details about the process here.

Caution
The CNC files below for controlling the mill is for reference only. It is very unlikely that your mill is configured exactly like mine. Position of zero, cutting speeds, position of tools etc is most likely different. Running unknown code on expensive and powerful machines is not recommended. I do not take any responsibility if the machine damage itself or worse, someone. 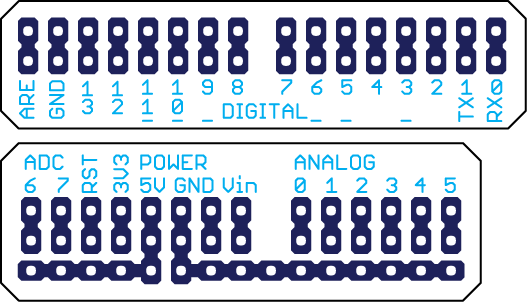