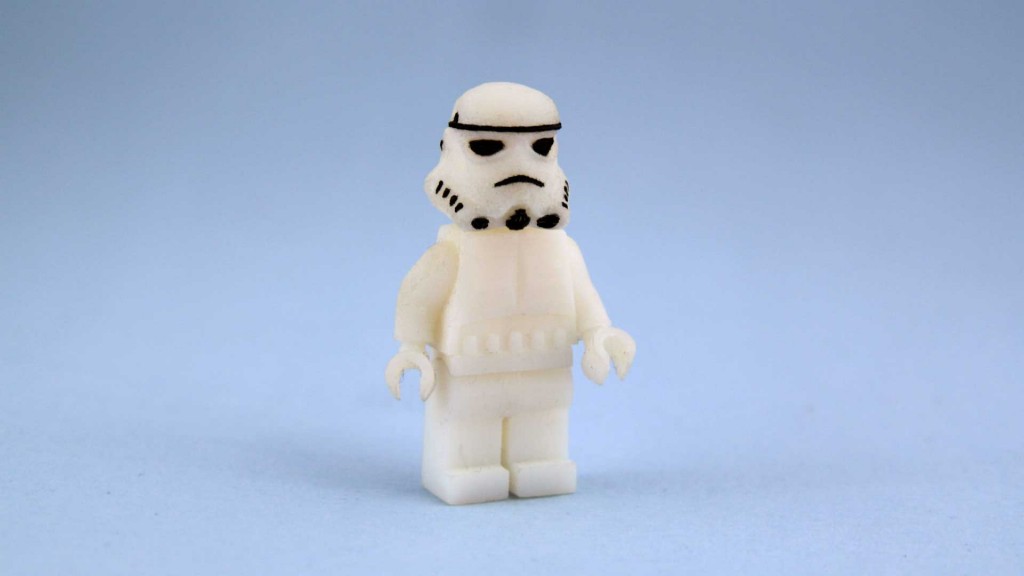 Description
A 3D printable model of a Lego Stormtrooper

Development
When we got the 3D printer at work, my boss asked me as a joke if it could print Lego Stormtrooper figures for his children. I saw it as a challenge and an opportunity to learn what the printer could do. I measured a standard Lego figure with a caliper and built a 3D model in Rhino (NURBS model). I added some Stormtrooper details on the torso. On the web I found a polygon Stormtrooper model, from which I took the helmet, cleaned it up, scaled it and joined it with the Lego head. After a few hours I had a functioning model with moveable arms, legs, hands and a removable helmet. 3D printing is quite impressive!

Caution
The model is intended for private use only. It is Lego compatible, but not a 100% copy. See it as a 3D printer demo. Please note that a 3D print will cost more than the real figure and is not as accurate. The model is not suitable for mass production (draft angles, wall thickness etc) 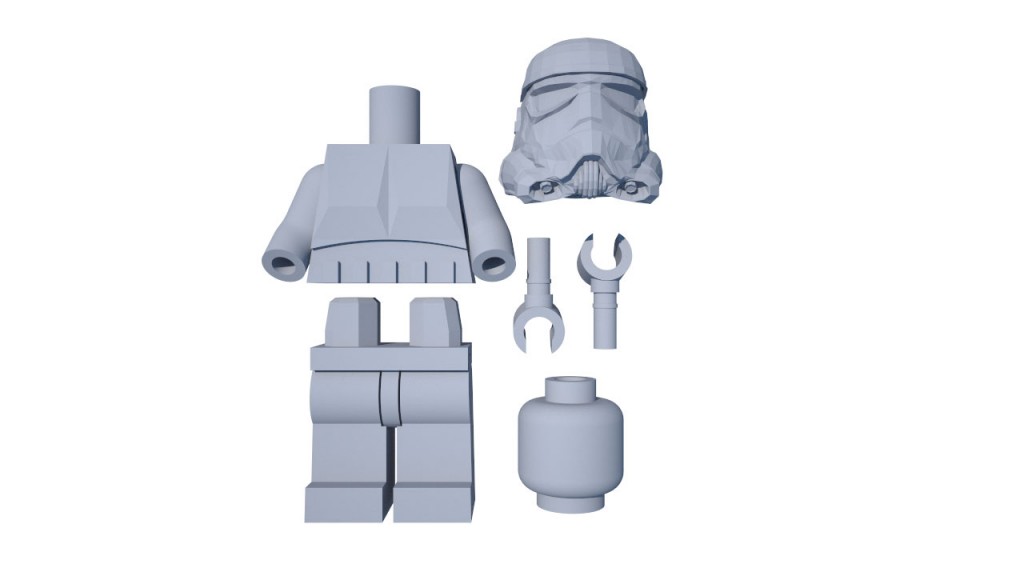