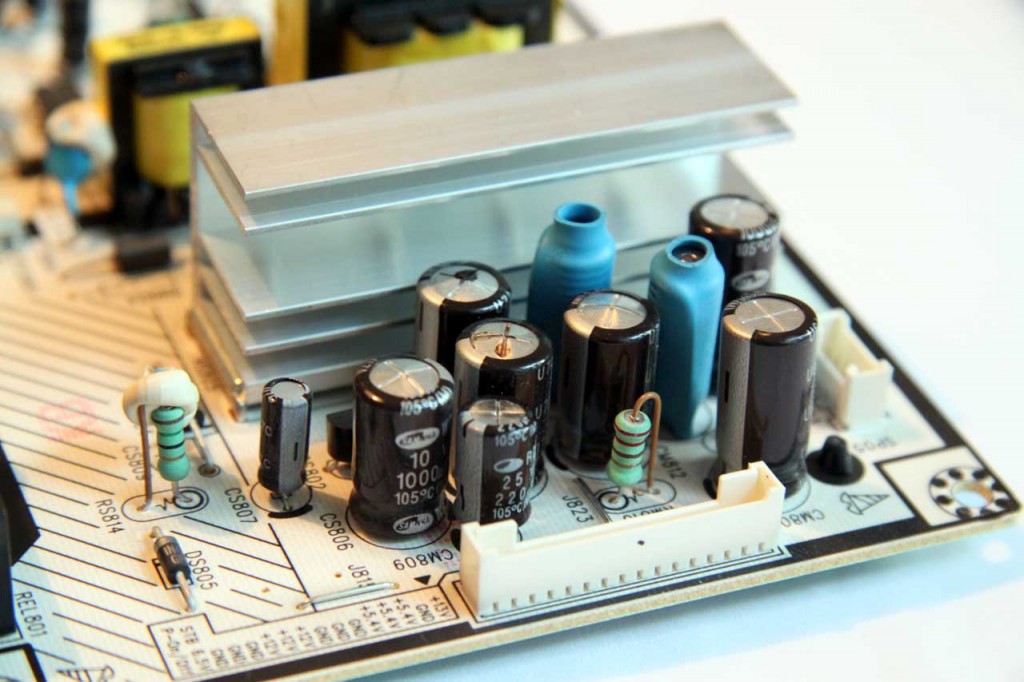 Fix Samsung le40s71b that does not power up.

My parents have a 40 inch HD ready Samsung TV that started to take longer and longer time to boot. Eventually it didn’t start at all. You could hear a clicking relay, but the screen was black. They asked me if I could take a look at it. The TV was easy to open and after visually inspecting the PCBs I noticed that four capacitors had broken on the power supply board (the top was bulging and there were even a crack on some of them). 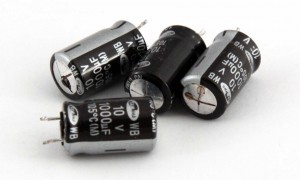 When I measured the voltage from the output on the 5.4v line, it was around 4volts. After disconnecting the load (main PCB) the voltage went up to 5.4v. I was a bit uncertain whether the broken caps were the root cause or a symptom of a different error. I thought about adding a separate power supply instead as a quick fix, but to get 5.4v I had to modify a 5v supply and then I figured it was easier just too just swap the caps and see what happened. I replaced four caps (one for 6,4v boot voltage, and three for the 5,4v) they were rated 1000uF 10v. I used 1000uF 25v to avoid the same problem from occurring again. Removing the old caps and solder new ones was done in less than five minutes. When I tested the TV everything worked fine! 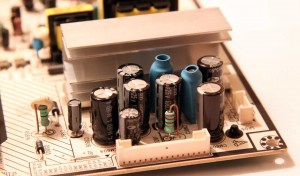 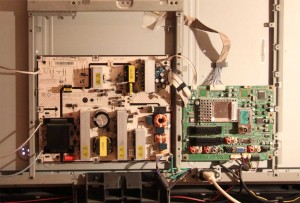 Don’t measure or solder on your TV unless you know what you are doing. Make sure you have disconnected the mains and make sure that all caps are discharged. I don’t take any responsibility for damages on equipment or any injuries.