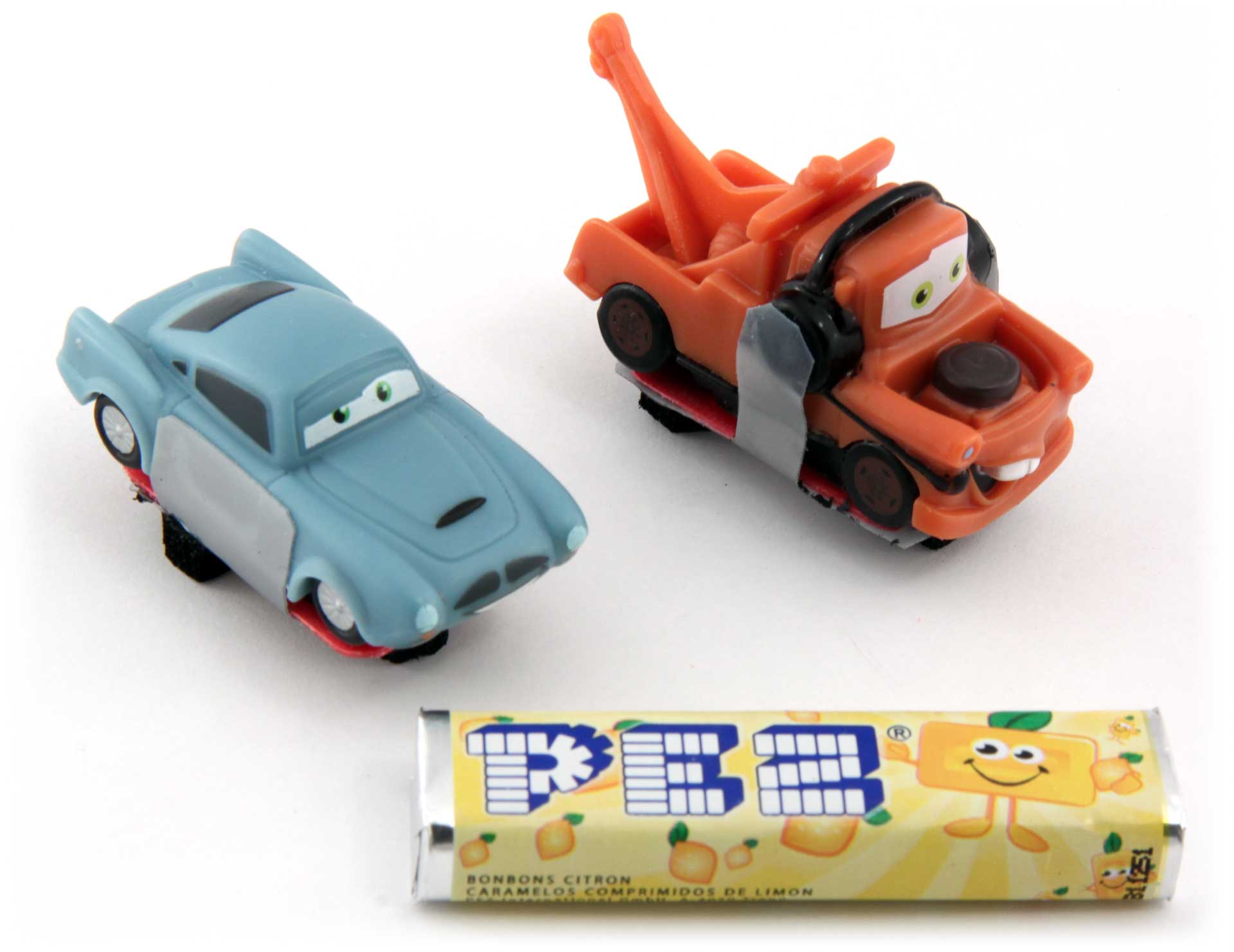 How to build AppMATes compatible cars from PEZ dispensers

Like many other kids, my son enjoys the Cars movies. He also likes my iPad so the Cars 2 AppMATes game was an immediate hit. The game can use normal touch control but the thing that makes it special is that you can buy miniature cars that drive on top of the screen to create an augmented reality. The only problem is that in Sweden, the delivery time is three to four month (see screenshot)! That’s quite a long time for a three year old… In order not to disappoint him during the wait I decided to experiment with the game. I know that the iPad does not have RFID or any other sensing, so the cars has to have a capacitive identity. Since both position and direction is detected I started playing around with three fingers closely together and quite soon I was able to drive a virtual car. Next step was to build a prototype: 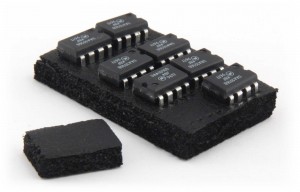 I cut three small pieces of conductive foam (the kind of black foam that is protecting integrated circuits from ESD) into 5-6mm diameter. 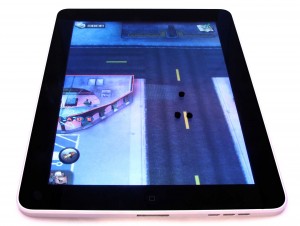 The foam was placed on the iPad screen. When I touched all three of them I was able to drive the virtual car. By adjusting the spacing between them, different cars were selected.

To create something that my son could hold I bought Cars2 PEZ dispensers. 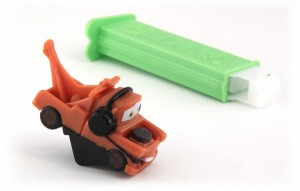 The car was removed and the base cut off. 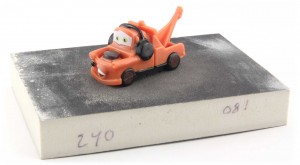 I made the bottom flat using sandpaper. 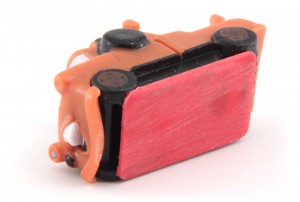 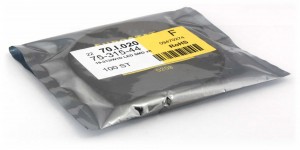 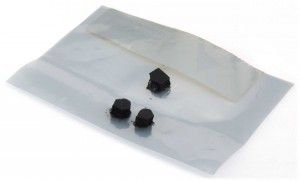 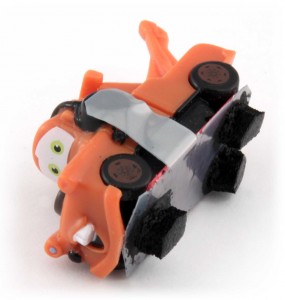 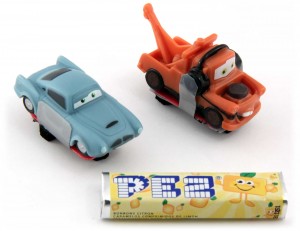 The cars work as a charm, but I’m quite sure they will be replaced with the real ones when they arrive…

Please note that this text only describes how the AppMATes game works and how a capacitive identity can be created. It is not intended for piracy. I think that the Cars 2 AppMATes is a great game and therefore I have ordered the cars. If you appreciate the game, do the same. Since the app is free, the developers will only make their living from selling the physical car toys. I do not take any responsibility for how this information is used, please don’t do anything illegal.

Make sure the iPad screen and the conductive foam is clean. I do not take any responsibility if you scratch or damage your iPad in any way.