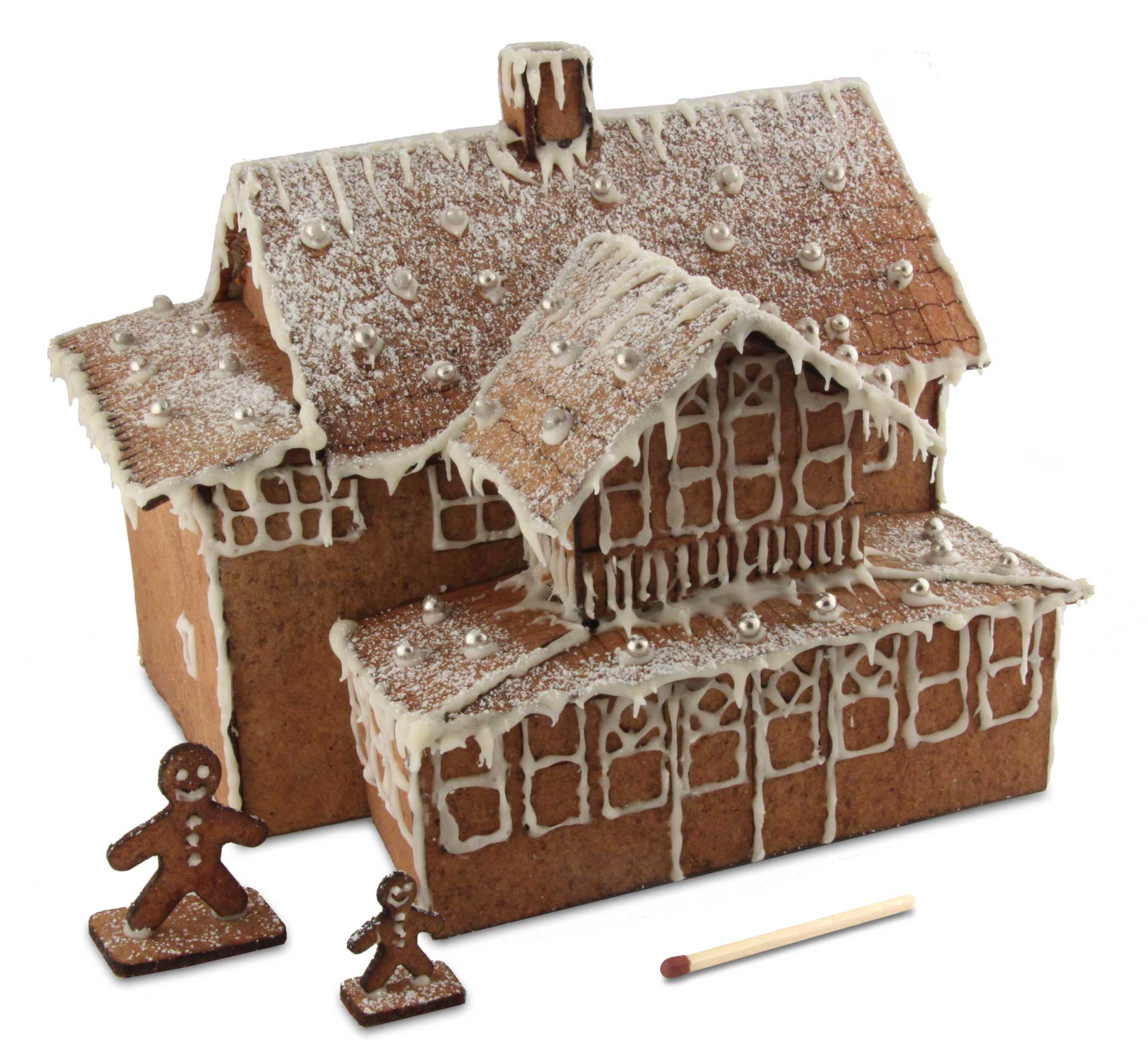 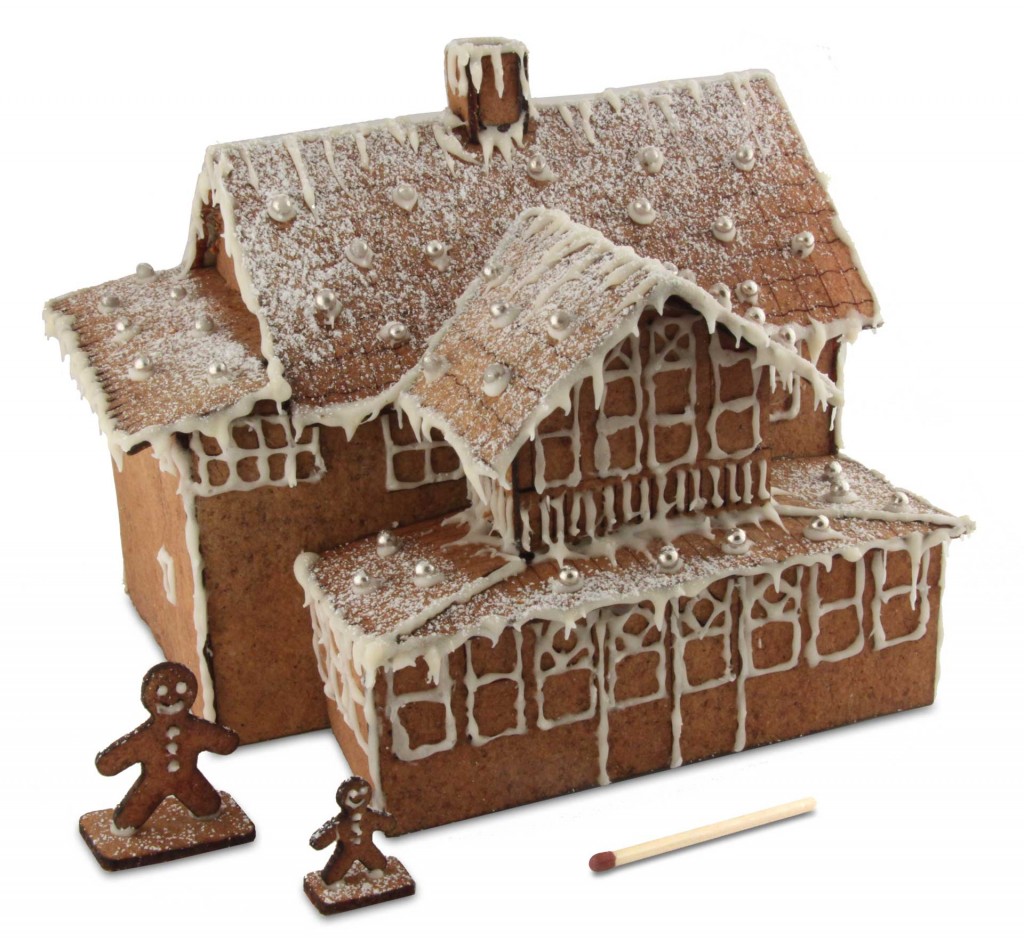 Use a 50W Laser engraver to cut a miniature gingerbread house

This time of the year it is a tradition in Sweden to build a gingerbread house as decoration for the Christmas season. You can buy pre baked parts for a standard house, but it’s more fun to build your own. We (my wife and I) started by building an accurate 3D model of our summer house. We then extruded the surfaces into solids (gingerbread thickness estimated to 4mm) and trimmed the parts against each other. The parts were then placed flat in order to create 2d outlines. The outlines were grouped together into three sheets of approximately 250x160mm. This was actually quite a lot of work and took a whole evening. 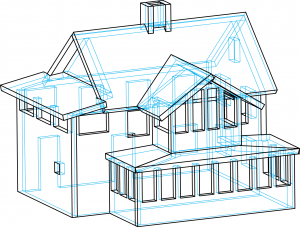 3D model of the house with wall thickness

Recently I got a broken laser engraver from work. I actually had other plans for it, but I decided that it could be worth repairing. I replaced the power unit, rewired the power, control and security system, and spent a lot of time manually altering the USB drivers. Eventually I got it to work, at least decently (still the end sensors doesn’t work…).

Normally when you create a gingerbread house you cut out the parts with a knife from a sheet of dough before you bake it in the oven. It would be quite tricky to handle soft parts in the laser engraver without distorting their shape. Therefore we first baked gingerbread dough sheets and then cut the parts with the laser engraver. This also eliminated the risk of warping the parts during baking in the oven. To get even thickness 2mm distances was added to the edges on the baking roller. The dough was placed on sheets of PTFE (Teflon) and then rolled to large sheets of 2mm thickness. After baking the sheets become approximately 4mm.

It was quite easy to cut out the parts; I set the laser to 80% for the cut out lines and 20% for the decoration lines. These lines did not cut all the way thru and were used as guide for the frosting. Even for the cut out lines the laser didn’t go all the way thru, but it was easy to snap of the parts. The biggest problem with the cutting was the smell. Lasers tend to create a lot of smoke, and this one was worse than usual. It was something between burned cake and burned hair… After tasting a piece of the left over we become aware that this house is never going to be eaten! 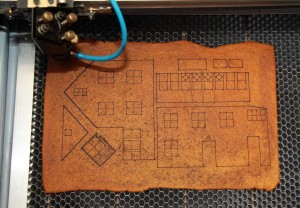 Now it was just a matter of assemble the house and decorate it with candy and frosting. Since we knew we weren’t going to eat it, we used some lasagna sheets for improved stability and hot glue for assembly ;)

Hmm, I wonder how we will make an eatable house next year, cnc knife, mill or maybe FDM… 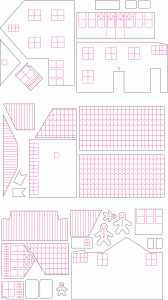