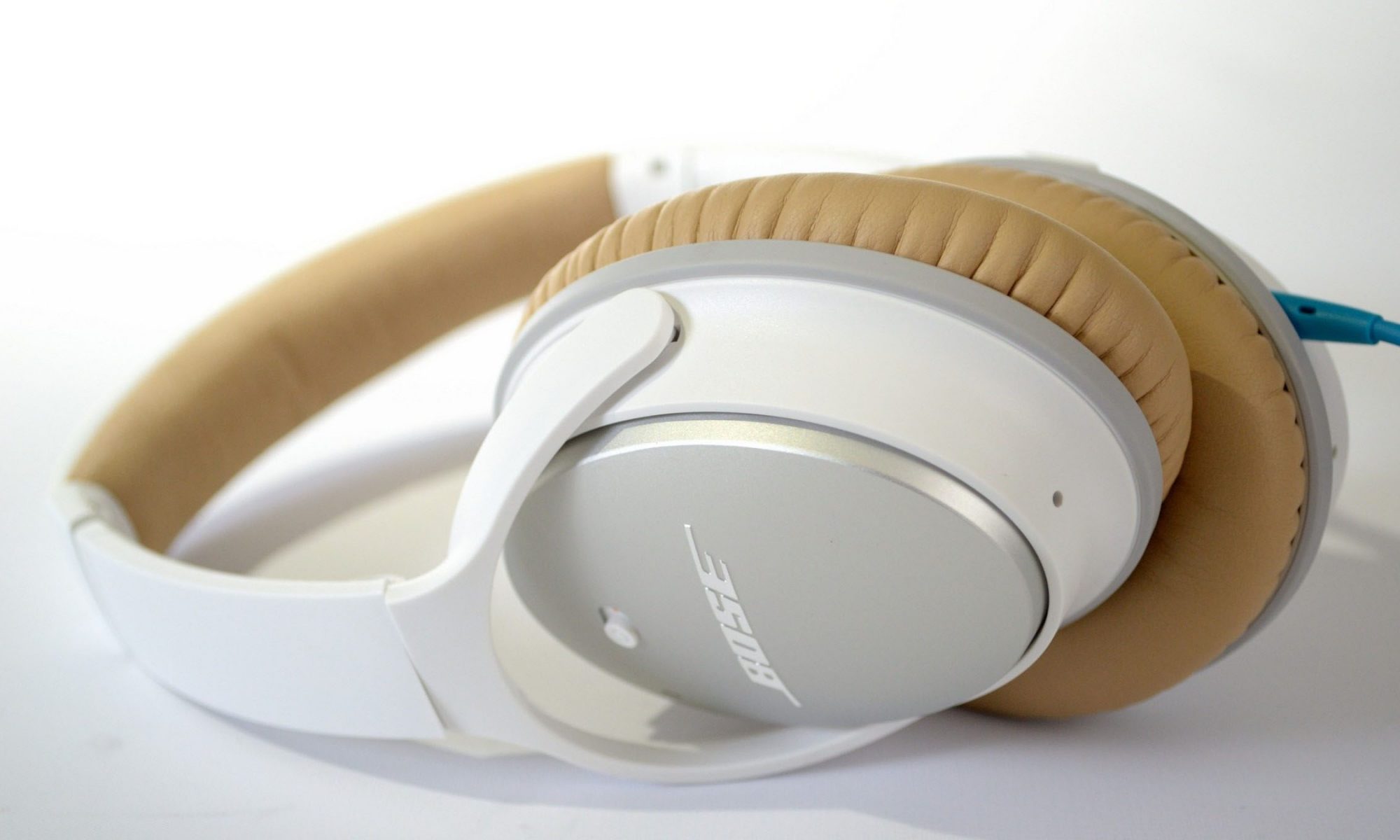 My wife has a pair of Bose QuietComfort 25 which she mainly uses during flights. After three years of rare usage, the right speaker started to fail. A search on the web showed that this was far from an isolated case, as tons of people had experienced the identical error. Unfortunately, Bose was not very service-minded and even after explaining that this was a design error, they still refused to repair the headphones without a fee that was close to buying a new pair. The whole experience was very unprofessional, and I assure that we will think twice before ever buying any Bose products again…

Not having much to lose, I decided to see if they could be fixed. Taking them apart was rather easy using the following steps:

Since the sound worked in some positions, but was lost when folding the headphones, I suspected that there was a breakage in the cable. Taking apart the linkage mechanism and headrest didn’t help much, since all signal wires used enameled copper wire, I realized it would be difficult to replace the broken one. I tried to locate the error with a multimeter, looking for a breakage and/or shortage. Intermittent errors are sometimes difficult to find, and when I noticed that there were three ground wires, I simply de-soldered one of them in both ends and added the GND-wire in parallel with the faulty signal wire.

However, this didn’t solve the problem, but at least it ruled out the breakage error and indicated a shortage, probably due to worn out enameled insulation. I de-soldered the faulty signal wire and insulated both ends with shrink tubing. The ground wire was soldered as replacement to the signal pads on the PCBs. This solved the issue and I put everything back again using above steps in reverse order.

I was worried that removing one of the three ground wires could cause some interference, but there were no added noise and the headphones operates as new.

I’m disappointed in BOSEs poor support and lousy design with thin enameled insulation that wore out after sparse usage, but I’m glad that the problem was easy to fix…